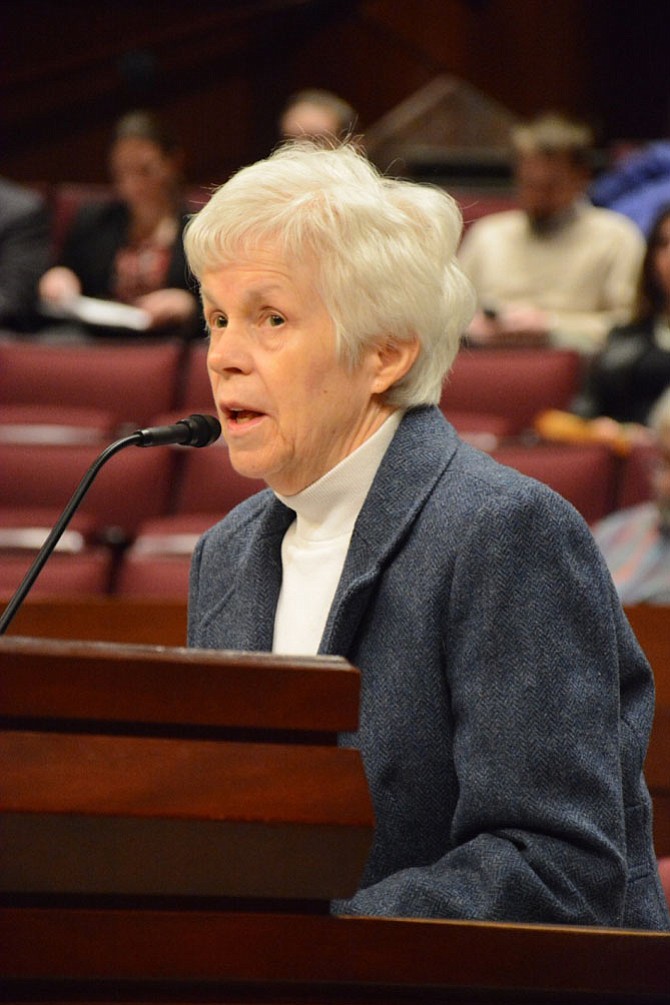 Helen Kelly of Herndon is a community leader for the League of Women Voters of the Fairfax Area. “We join the Board of Supervisors and School Board in asking to fully restore the cost of competing for all teachers,” she said. Kelly also said the League was hoping for the delegation to support reduction of transit congestion.

“We’re not letting teachers do their jobs,” was the plea from Jo Neuber of Vienna, Co-chair of the organization Class Size Counts.