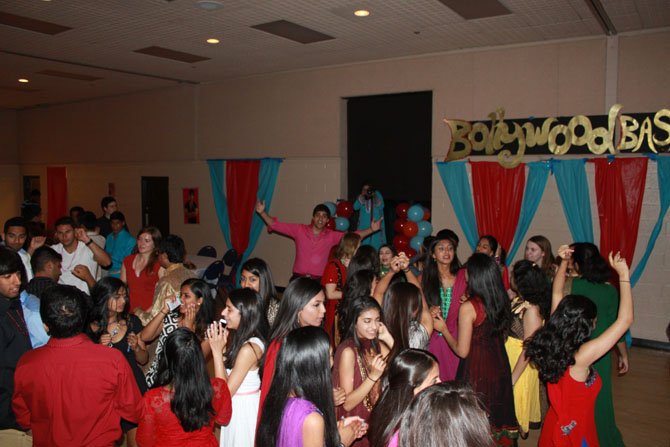 By Reena Singh and Rachel Stone

Dozens of students from across Northern Virginia came together Saturday night - to dance bhangra and raise money for rural India.

“It’s a great way to get the whole Indian community together,” said senior Sid Chawla, LHS SASA club president. “It’s like prom, but with Indian music and no dates.” 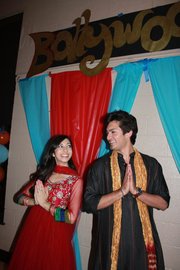 CORD, the organization the association is raising money for, is to help redevelop rural India by promoting literacy and strengthening local government. The club met their fundraising goal of $1,500 that night.

To make the event fun, they hired a DJ to blast Indian music, had a photobooth where the teens can pretend to be Bollywood stars and had a dance-off icebreaker, all in traditional outfits. The rest of the night, students - no matter what culture - threw their hands in the air dancing bhangra, a type of dance that originated in India’s Punjab region. There was also a booth where the teens can get traditional henna tattoos on their hands and arms.

Chawla had three goals for the event: to breach stereotypes of South Asians in the community, encourage cultural awareness and help the students connect with their identity.

This was the club’s most active year.

"The beauty of it is everything comes from the students," said Rebeca Prell, Spanish teacher and sponsor of SASA for 10 years.

Rushi Challa, 17, has been a part of Langley High School’s SASA for a year, and said he has enjoyed the various festivities the club puts on to promote culture at the school.

“I know a few people here, and they host the most amazing parties like this one,” he said. “We’re all a big family here.”

He points at a group of students dancing on the floor.

“There are six different schools there,” he said. “Not just one school. This gets everyone together.”