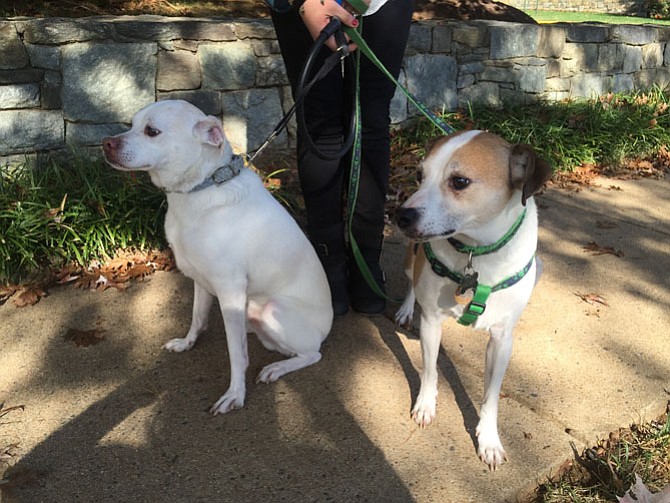 On the right is dog Mickey, formerly known as Sherlock, reunited last October with his birth brother, Watson, who is all white. Photo by Cate Willing 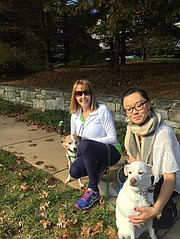 Mickey and Watson reunite after being adopted.

Mickey, formerly known as Sherlock, and Watson were adopted separately at a Lost Dog and Rescue Fair on the same day in Falls Church. They hadn't seen each other for nearly six years.

At McLean Animal Hospital one night, I saw this nearly all white version of Mickey and heard his human companion call him "Watson.” I checked with her and, sure enough, they were adopted from the same fair on the same day.

Now, Mickey/Sherlock has someone who finally understands him!