Shakespeare at Alden Theatre in McLean 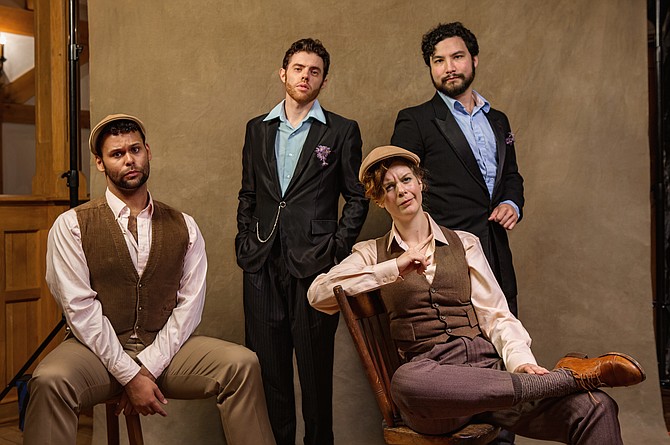 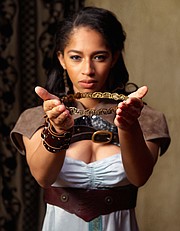 “I love how visceral their productions are,” said Schallern. “ASC makes Shakespeare accessible in a way that even the best producers of the Bard cannot. I see presenting such vital productions as a huge benefit to the community — our patrons get a deeper understanding of Shakespeare and other classics.”

ASC will perform three different classics at the Alden. The productions include:

Sophocles’ “Antigone,” an ancient tale about the aftermath of war. Antigone is torn. Her brother Eteocles will be honored, but her brother Polyneices will be shamed and denied funeral rites. What will Antigone do?

Shakespeare’s “The Comedy of Errors” is a boisterous comedy of twins, mistaken identity, a jealous wife, and more. Slapstick humor and happy confusion abound.

Shakespeare’s “The Winter’s Tale” is a ride from romance to tragedy to comedy to a place of transcendent beauty. A sad tale “best for winter,” that Shakespeare conjures into spring’s miraculous rebirth.

Artistic Director Ethan McSweeny said that ASC is a “true believer in the power of Shakespeare and the classics to improve lives. The productions have the ASC unique outlook that includes 30 minutes of live pre show music as a bridge into the shows. There is also live music performed by the actors during intermissions.

American Shakespeare Center is nationally known for its quality repertory style as actors show their versatility performing many different roles, noted McSweeney. ASC also is known for its authentic “lights-on, no set” approach to a classic theater production. “With lights on, the audience can be more engaged in the production,” added McSweeny.

“ASC residency at The Alden will be seen nowhere else. Due to some repairs in the theatre, much of the stage is inaccessible. ASC loves performing for McLean audiences so much that they offered to restage all three productions so that they would fit on the space we have available. This makes the Shakespeare weekend even more special,” said Schallern.

More than one Alden patron has provided feedback such as “the interactions between the cast and the audience made the play come alive; I was captivated.”