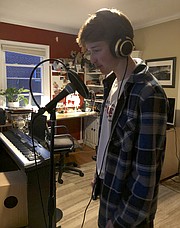 Rockfish Gap behind the scenes with Charlie Adams. 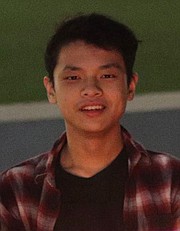 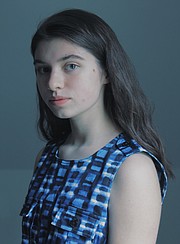 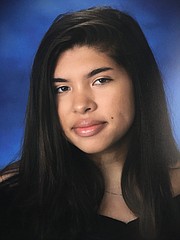 Even during these stressful times of COVID-19, the theater adage “the show must go on” remains true. But how? In response to the pandemic, students from Fairfax County and Falls Church high schools came up with an answer: develop a fast-paced original podcasting series.

The multiple episode series is called the “Rockfish Gap Show.” The series is set in Northern Virginia as well as the Rockfish Gap area near Virginia’s Skyline Drive and the Blue Ridge Mountains, not far from Charlottesville and Waynesboro. “Rockfish Gap” is totally new, an independently produced fiction podcast, created entirely by student artists.

“Rockfish Gap” takes place in the “right now” with Virginia and the nation in the midst of a pandemic. The overall premise is this: four Northern Virginia high school students disappear in Shenandoah National Park. They had set out in search of a mysterious “White House of the Woods.” Along the way they meet up with eccentric characters and mysterious government agents. An investigative journalist named Jessica Matthews battles a conspiracy to uncover the truth about the students’ disappearance.

“I was in love with the storyline, and the rich, nuanced characters which drove the plot,” said filmmaker and “Rockfish Gap” Executive Producer Andrew Nguyen (Falls Church High School).”I am in love with the Shenandoah region and thought it would be a great opportunity to highlight the beauty and mythology of the region.”

Nguyen noted that “Rockfish Gap Story” has become part of a national trend for podcasting. Episodes are 10-15 minutes in length.

Original “Rockfish Gap” fast-paced episodes continue every Wednesday this summer. Catch up on previous episodes since the show is streaming.

Old-fashioned radio drama “Rockfish Gap” is not. Listen for yourself at your own leisure on your cell phone, computer or other digital device.