Milka Taherian has worked at the Safeway for 15 years where she says, “I know so many people after all this time; they are like my family or friends.” Her secret is listening to the customer with a smile and trying to help and make sure they are happy.  Taherian was presented with this new Rotary quarterly award, Dignity of Work, that recognizes the workers of the community as “leaders not because of their job position but leaders by how great they are at what they do and how much they care about the work they do. This holds them up as examples to become leaders in the community.” 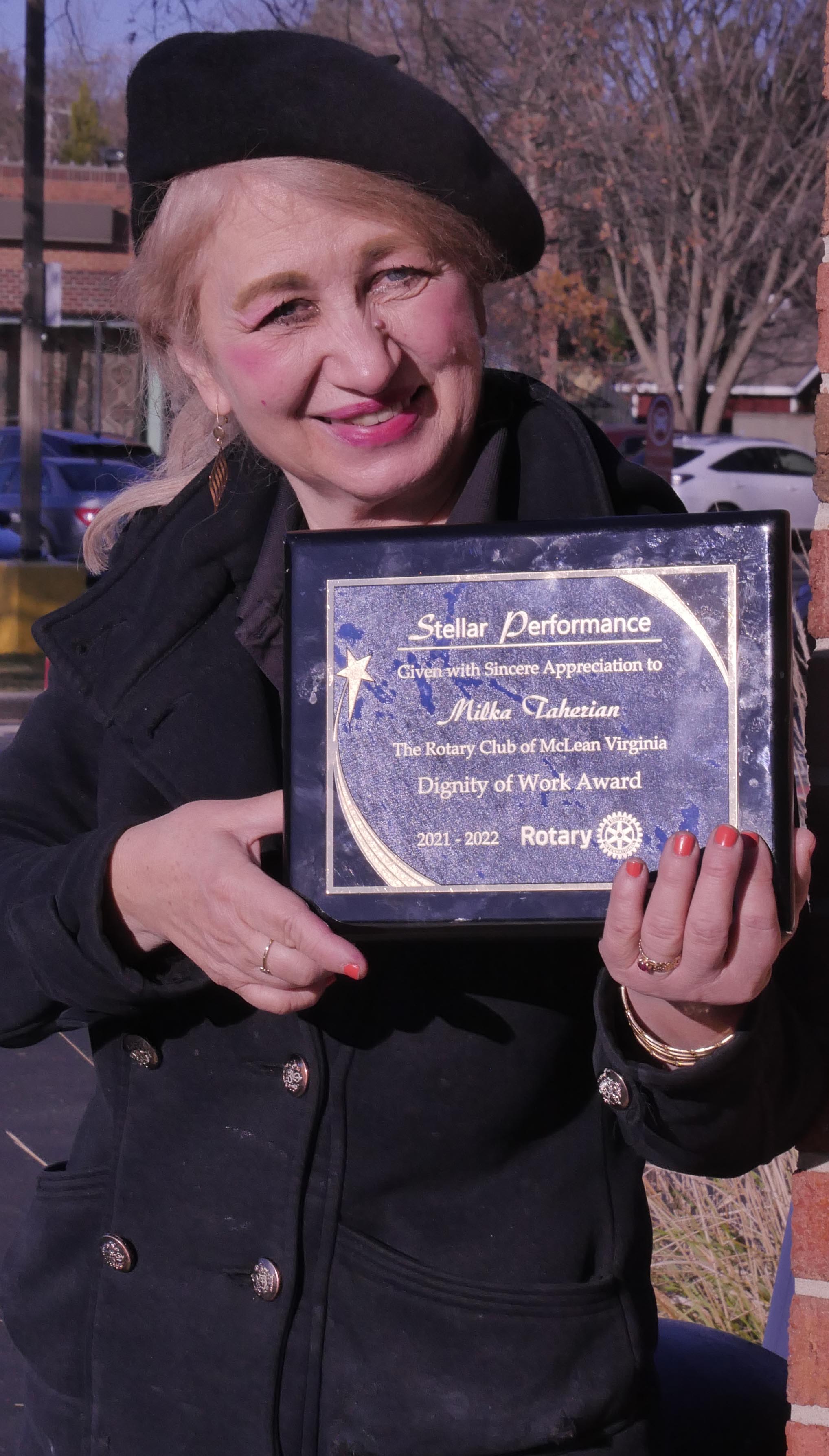 Milka Taherian stands outside the McLean Safeway holding her Dignity of Work award presented by the Rotary Club of McLean at their regular October meeting.

John McEvilly, the current President of the Rotary Club of McLean, says he came up with the idea of this award based on his own blue-collar background where he was raised on the north side of Chicago in a family of six kids.

“I started earning my own way starting at 10 years old delivering newspapers, and worked continuously for the next 63 years.”

McEvilly says he joined Rotary in 1994, and one of the things attracting him was the belief that by contributing our vocational talents we can help solve the problems of society and meet the needs of the community. “I finally had my chance when I became president of the McLean Rotary Club this past July and could direct my club to initiate a program that honors local people whose daily efforts where they work help make McLean a better place to live.”