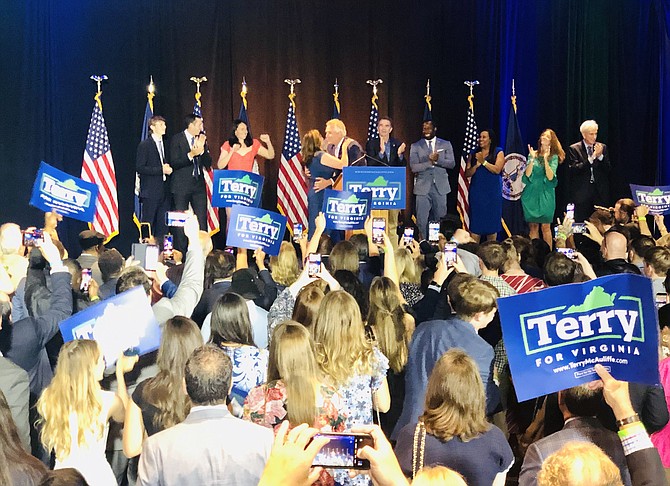 As election returns started rolling in from the Democratic primary Tuesday, Republicans started boasting about having the most diverse statewide ticket in Virginia history. Although Democrats nominated a candidate for lieutenant governor who describes herself as an "Afro Latina, Lebanese, Irish woman," Republicans can boast they have a ticket that has candidates from Northern Virginia and Hampton Roads, two parts of the state where voters will determine the winner of the next election.

"That would work if Republicans were not selling white supremacy and white nationalism," said David Ramadan, a former Republican delegate who's now at George Mason University's Schar School. "Minorities are not going to vote for Republicans because of what they saw in the last 10 years."

Turnout in this year's Democratic primary was higher than 2009, when Republican Bob McDonnell became governor. But it was lower than 2017, when Democrat Ralph Northam was elected governor.

At the top of the ticket is former Gov. Terry McAuliffe of McLean, who's trying to accomplish something that's been done only once — return for a second term. Virginia is the only state in the country that prohibits its governor from running for reelection. The only other governor to be elected to a second non-consecutive term was Mills Godwin, who had one term as a Democrat in the 1960s and one term as a Republican in the 1970s.

McAuliffe is essentially running on a platform of extending the administration he handed off to Ralph Northam four years ago, although this time he would not be facing a hostile Republican-controlled General Assembly.

"Throughout his time as governor, Terry implemented bold initiatives to create good-paying jobs and expand economic opportunity across the commonwealth," said New Mexico Gov. Michelle Lujan Grisham, chairwoman of the Democratic Governors Association. "Now, as Virginia rebuilds following the pandemic, Terry will work as governor to create an economy that works for all Virginians and uplift those who have been hit the hardest.”

McAuliffe is a wealthy Northern Virginia businessman who will be facing another wealthy Northern Virginia businessman, Glenn Youngkin, who has already pumped $12 million into his own campaign. McAuliffe supporters say his campaign will be about protecting access to health care, reducing gun violence, ensuring economic recovery and addressing climate change. After the former governor secured the nomination Tuesday night, Youngkin called McAuliffe a "career politician who pretends to be a businessman."

“Taking their enthusiasm for recycling to a new extreme, Democrats are offering Virginians two-thirds of their 2013 ticket, hoping voters will see it as new and improved," said Senate Republican Leader Tommy Norment. "Virginians are a lot smarter than the Democrats think." 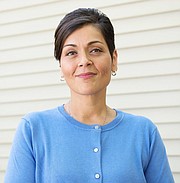 "Hala Ayala is closer to shattering one of the highest glass ceilings in Virginia elected office, which would be a triumph for the entire Latino community."

Nathalie Rayes, president and CEO of the Latino Victory Fund

DEMOCRATS HEAD INTO the fall election season with a ticket that features two seasoned statewide politicians and a newcomer who rose to power in the wave election of 2017. Ayala unseated former Del. Rich Anderson (R-51), who is now the chairman of the Republican Party of Virginia. Late in the campaign, Ayala broke her pledge to resist taking campaign cash from Dominion Energy and received $100,000 from the utility monopoly that many Democrats say exerts too much control over Virginia politics.

"Hala Ayala made news in the last days of her campaign for being a liar," said House Republican Leader Todd Gilbert. "Democrats continue to be saddled with internal fighting over who should bankroll their campaigns."

If elected, Ayala would be the first woman elected lieutenant governor and the first woman of color elected stateside in Virginia history. On the campaign trail, she often talks about her hardscrabble journey from working at a gas station for minimum wage while pregnant to developing a career in cybersecurity. She won with 38 percent of the vote in a crowded field that included the most diverse set of candidates ever assembled on a statewide ballot.

"Hala Ayala is closer to shattering one of the highest glass ceilings in Virginia elected office, which would be a triumph for the entire Latino community," said Nathalie Rayes, president and CEO of the Latino Victory Fund. "As the state grapples with the disparities exacerbated by the COVID-19 pandemic, Hala will work to root out these inequities by focusing on priority issues such as expanding access to affordable health care and creating an economy that works for all Virginians." 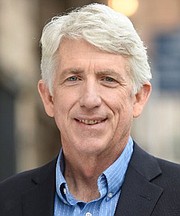 "The voters recognized Attorney General Mark Herring for his leadership over the last eight years as he has tackled hard issues."

ATTORNEY GENERAL Mark Herring was able to beat back a challenge from Del. Jay Jones (D-89), who is seen as a rising star in the party. Republicans have already signaled that they'll be going after Herring for appearing in blackface when he was in college, although that issue didn't seem to resonate with Democratic voters when Jones tried to use it as a wedge issue in the closing days of the primary campaign. Herring will be running against Del. Jason Miyares (R-82), a law-and-order conservative who says he'll make sure the streets are safe and criminals are locked up.

"As violent crime rises, Virginia families need an attorney general who will stand up for crime victims and prioritize public safety," said Peter Bisbee, executive director of the Republican Attorneys General Association. "Herring has been criticized for trying to cover up the illegal release of violent prisoners and failed to hold rapists and rioters accountable when local prosecutors wouldn’t do their job. Worst of all, Herring supported ending the notifications crime victims receive when their predator is released from prison."

During his time as attorney general, Herring created a new Office of Civil Rights as well as a new conviction integrity unit and a new worker protection unit while also reorganizing the consumer protection section. He fought against the former president's Muslim ban, and he opposed Republican gerrymandering in the United States Supreme Court. If elected a third term as attorney general, Herring says he'll protect against Republican efforts to oppose access to healthcare, marriage equality and immigrant rights.

"The voters recognized Attorney General Mark Herring for his leadership over the last eight years as he has tackled hard issues — defending the Affordable Care Act, guaranteeing the right for all couples to marry, reforming criminal justice laws, ending police violence and fighting the NRA in their backyard," said Sean Rankin, executive director of the Democratic Attorneys General Association. "DAGA is proud to support Attorney General Herring as he continues the work in Virginia on racial equity and civil rights, reproductive rights and guaranteeing economic justice for all Virginians as communities return to a more normal life after the pandemic."