Over the Edge
Votes 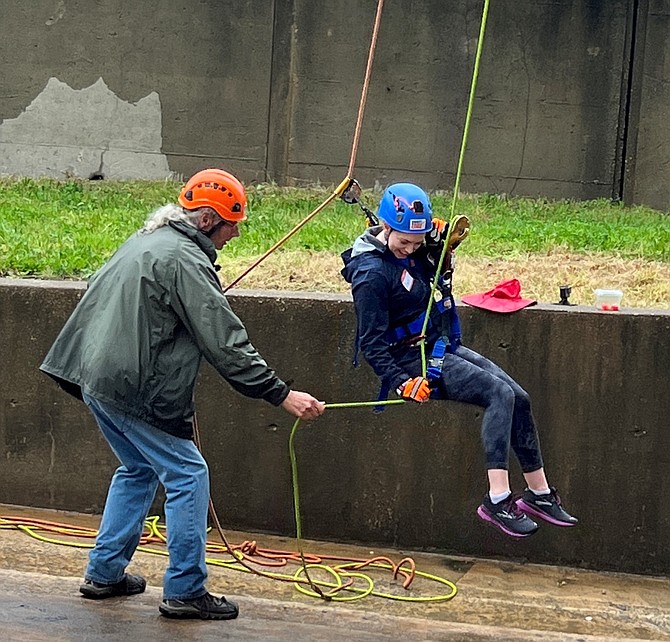 Emily Shepherd of McLean-based Clearsight Advisors prepares to touch down after rappelling down 14 stories of the Crystal City Hilton May 6 as part of a fundraiser for New Hope Housing.

Excitement was mixed with tinges of fear as more than 80 volunteers rappelled down the 14-story Crystal City Hilton as part of the Over the Edge fundraiser for New Hope Housing.

Held May 5 and 6, rappellers included a team from McLean-based Clearsight Advisors, who topped the leaderboard at the event, raising more than $15,000 for New Hope Housing.

“We have seven team members here today,” said Clearsight Managing Director Jim McCabe, who was one of the top five individual fundraisers for the event. “I had never really rappelled before and while I don’t have an inherent fear of heights, when you step up and start to go back there is a feeling of jitteriness.”

McCabe serves on the board of directors for New Hope Housing, a nonprofit operating homeless shelters and housing programs across Northern Virginia. The event was an alternative to a traditional gala in the wake of the uncertainties of the pandemic.

“This was a COVID-friendly way to raise funds that are desperately needed to support our mission,” said Jan-Michael Sacharko, Director of Development for New Hope Housing. “Because of our partnerships with the Crystal City Hilton, Keller Williams Metro Center, sponsors and volunteers we were able to raise more than $200,000.”

Clearsight team member Emily Shepherd had prior rappelling experience but said this was different.

“I had rappelled before in Costa Rica but it was nothing like this,” Shepherd said. “That was maybe a 20-foot cliff. This was 160-feet. I was really scared at the top but in the end it was really fun and I am glad I did it to help New Hope Housing.”

Added McCabe, “This was an exhilarating experience. Once you get going you feel pretty safe – you get in the hardness, you sit down and feel pretty well supported. The Over the Edge organizers do a wonderful job of walking you through the safety precautions, it’s really just getting over that one moment  of actually going over the edge.”

McKay admitted he was hesitant but wanted to draw attention to the homeless situation throughout Northern Virginia.

“I was terrified when we started but as we went down it went a little bit easier,” McKay said. “But even as scared as I was at the top of the building, it wasn’t as scary as sleeping outside in the freezing cold dead of winter like too many of our homeless people have to each night. So if I can raise awareness and overcome a fear of my own here today it is worth it. Most importantly I wanted to support New Hope and what they are doing.” 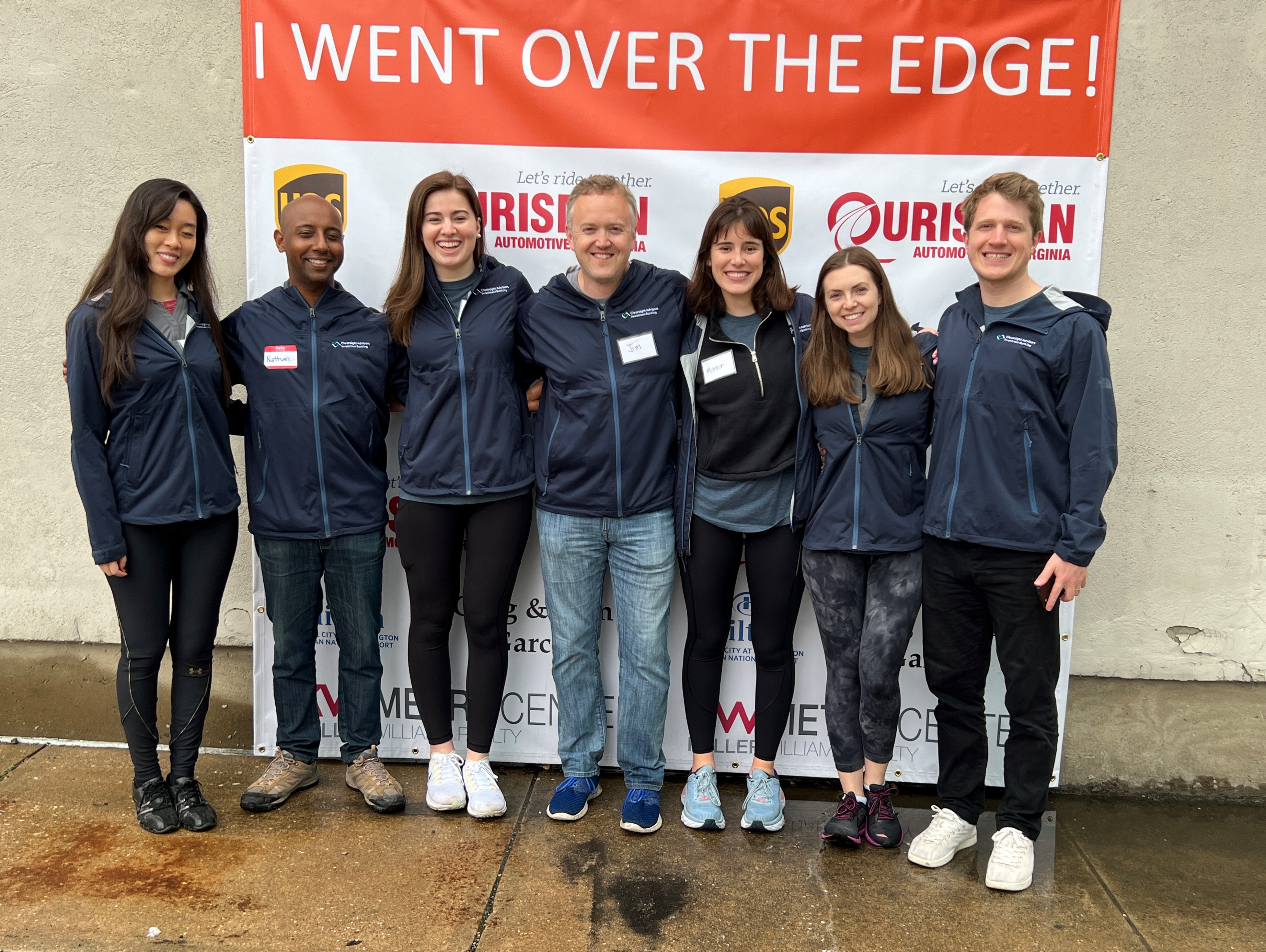 The team of McLean-based Clearsight Advisors poses for a photo after completing the Over the Edge rappelling fundraiser May 6 at the Crystal City Hilton. The group topped the leaderboard raising more than $15,000 for New Hope Housing.