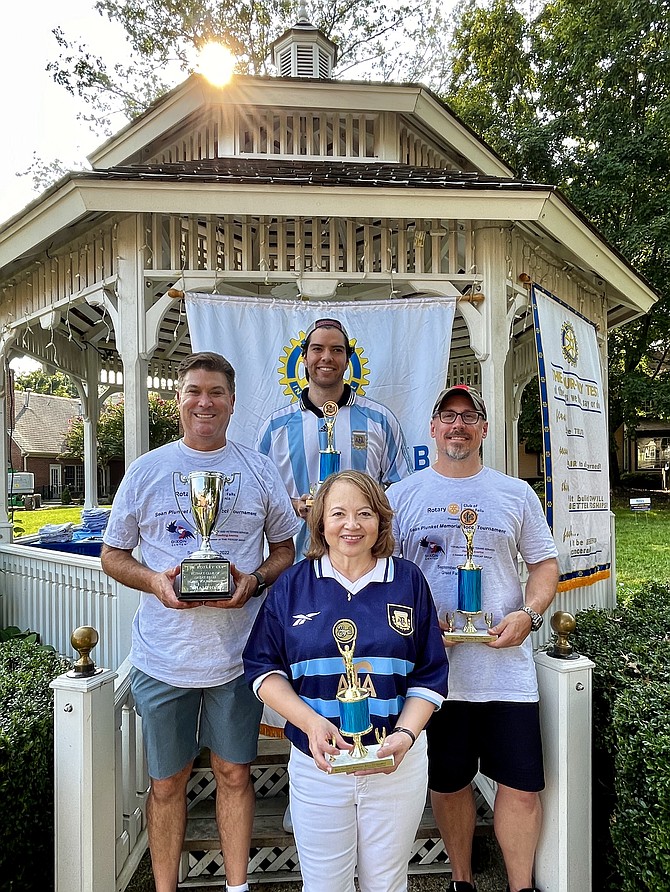 Bottom row, Jackie Plunkett, (top row from left), Michael Broyles, president of the Rotary Club of Great Falls, Brian Plunkett, and Steve Flannery, Rotarian and event organizer, hold the trophies that will be awarded to the winning bocce ball teams.

Support and donations come in all shapes and sizes. For the Rotary Club of Great Falls, the emphasis is on service, making a difference, and having fun. On Sept. 17, ten teams of Great Falls Rotarians and friends competed on the Village Green in the Sean Plunkett Memorial Bocce Tournament 2022 to benefit the Dixon Center for Military and Veteran Services. The club held the tournament in remembrance of former Great Falls Rotary Club president and treasurer Sean Plunkett (1959-2022), who served the club for over a decade and organized countless charitable events.

Jackie Plunkett, Sean's wife, said he would have been so happy to see that the Rotary Club has continued with the bocce tournament to help the community while having fun. "As a family, we are very happy and thankful to the Rotary Club for continuing this event." 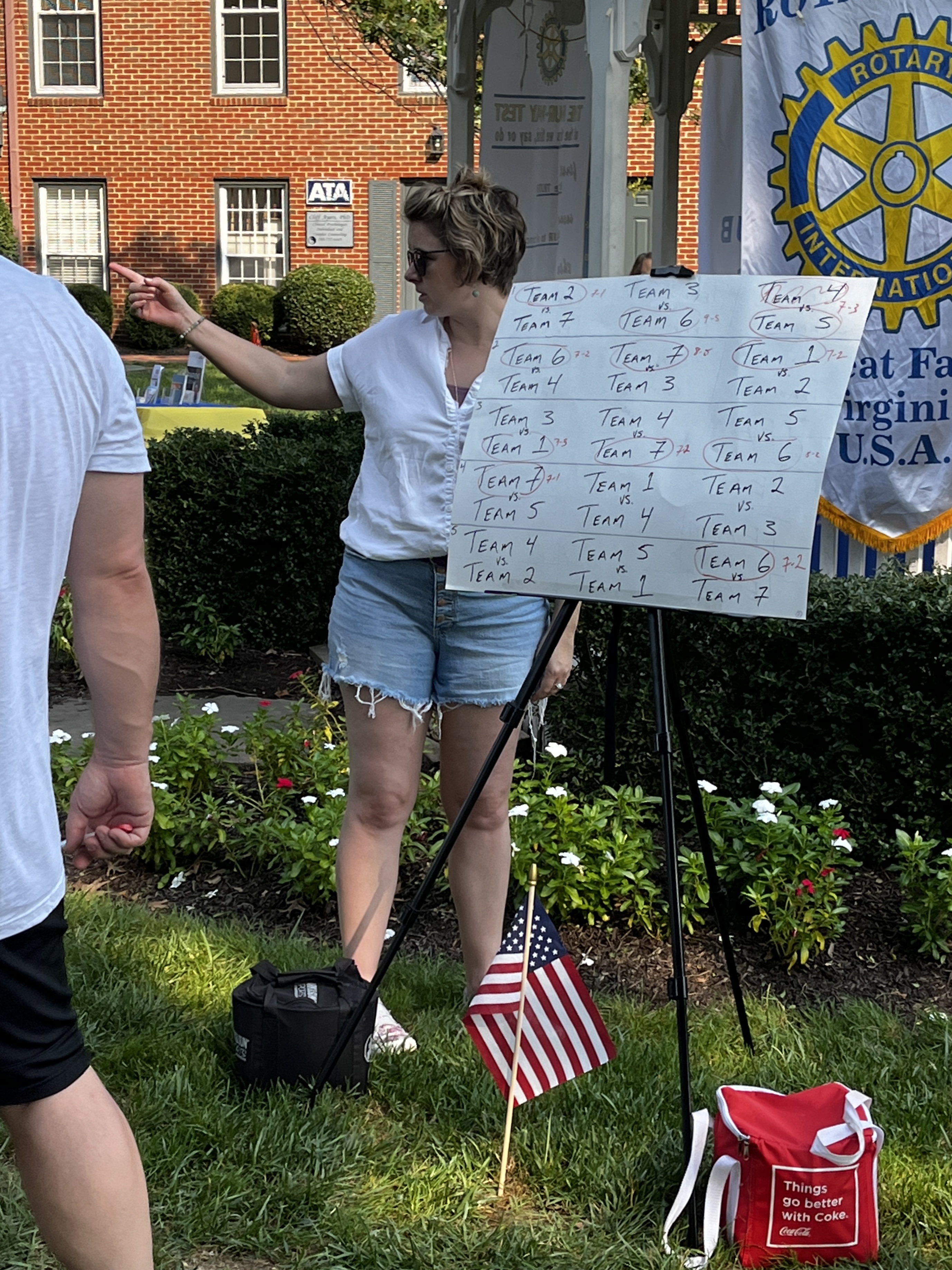 Steve Flannery, Great Falls Rotarian and the tournament organizer, said the event was a success by every measure. It was "an inspirational day, and they raised thousands of dollars for the Dixon Center.”

According to Colonel Duncan S. Milne, U.S. Marine Corps (Ret.), president of Dixon Center for Military and Veterans Services, the Center "works with organizations across the country to ensure that veterans, their families, and the families of the fallen can thrive in the communities in which they live."

Bocce is among the oldest lawn games. The goal is to get as many bocce balls as possible close to the pallino or smaller target ball.

Michael Broyles, the president of the Rotary Club of Great Falls, said it was a great day of remembrance, fellowship, and fun. "Today, we honored Sean by continuing the bocce ball tournament he started eight years ago. I can't think of a better tribute to Sean's legacy than raising money for a veteran's service organization in his name."

For more information on the Rotary Club of Great Falls or to make a tax-deductible contribution, visit https://portal.clubrunner.ca/8198/.