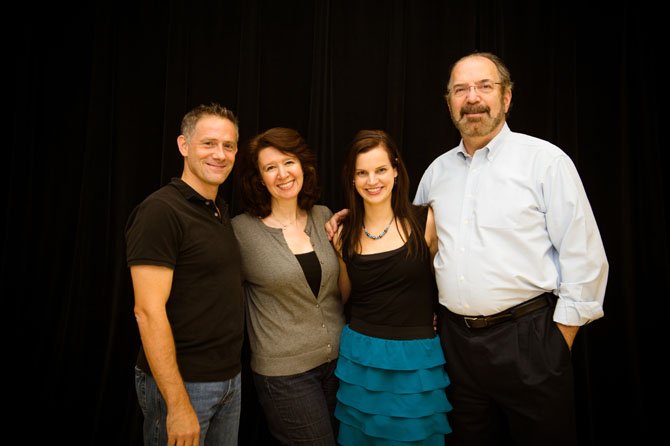 "When I look through that little rectangle... time stops... all the noise around me... everything cuts out. And all I see... is the picture." But what happens when a wounded wartime photographer comes home? What's next in a life and a relationship based upon the passion and excitement that wartime can bring? Can a normal family life be enough?

According to veteran director Jessie Roberts, "the playwright, Donald Margulies, explores love and friendship against a backdrop of the moral dilemma of journalists and photo-journalists who record wars, famines and genocide without intervening to affect the outcome of what they are reporting. The result is a play that will have the audience thinking, empathizing and even laughing as the characters move through the intricacies of their lives.” 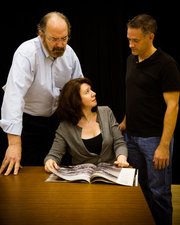 "Time Stands Still," written by Pulitzer Prize winner Margulies, was nominated for two Tony Awards including Best Play in 2010. The McLean Community Players production is an area community theater premiere. It is "a love story at its heart," said Roberts. It is an honest tug of domestic war as the four characters take a look at themselves with wide-open eyes, humor and toughness, according to Roberts. They also examine the role of photographers in any situation, is it to observe, or to become part of the action?

The storyline revolves around Sarah (played by Leta Hall), a photojournalist returned from covering the Iraq war after being injured, and her reporter boyfriend James (McLean newcomer Michael Himes). Now back in Brooklyn, they are visited by their friend Richard (Jon Roberts), a photo editor, who introduces them to his new and much younger girlfriend Mandy (McLean newcomer Andra Dindzans). The play focuses on the characters' relationships and prospects at a more conventional life.

According to Himes, the Sarah character "is so exciting, she is an adrenaline rush in a relationship. But now he wants to settle down into a more conventional family life." Dindzan described her character as "a seeming air-head to start, but she has great growth over the course of the play. She becomes the moral center of the show, asking questions of the others to bring clarity to the proceedings."

"Time Stands Still" is of the "right now," almost ripped from the headlines, as it brings to full life the deep layers, sometimes knotty matters and humor that people face in relationships even as war may surround them.